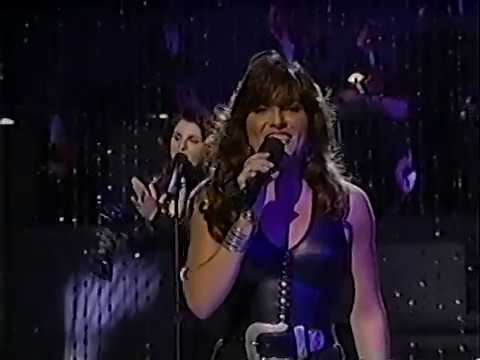 How and when did we start singing?   I look back and the first moments I remember was heading down a dusty road in Mexico.  We were no more than 5 or 6 years old at the time. Pedro, our father, was in the driver seat of the Winnebago, hands on the steering wheel and crooning a song in Spanish.  Vic and Syl sharing the shotgun seat and me kneeling in between seats on a thick pillow to be able to see the road.   All focused ahead over the wide angle view of dashboard.  Singing at the top of our lungs. Pedro taking the lead.  It was like breathing.

Do any of us know when we took our first breath? I do remember we sang the same chorus and verse over and over because none of us knew more of the song and never bother to learn more of it either.  We only knew parts of traditional Mariachi songs.  Mariachi songs are traditional Mexican folk songs.  We also knew a few verses of Bob Dylan’s Blowing in the Wind. Mom would be napping in the back and wake up occasionally to complement us on how it was amazing that we were naturally harmonizing.  Each one of us instinctively locked into a supporting note.  Sometimes in unison and then break out into three or four part harmonies.  None of knew what she meant by harmonizing we just carried on. I don’t know if Pedro knew we were harmonizing.  Or he just did it like we did, instinct.

We’d open our mouths and the sounds came out effortlessly, and with abandon.  Always adjusting our volume to rise high above the sound of the of the motor of the Winni.  We were like the modern day Von Trapp (Sound of Music) just traveling singing.  I like to think of us as the Von Villegas Family. Pedro had an amazingly appealing singing voice.  He likened himself to Pedro Infant and in all actuality he kind of looked like him too.  Pedro Infante was a very popular singer in the sixties of Mexico and had a slew of famous movies.  He was sort of the Bing Crosby of the day. You know, the romantic, the good guy that always gets the girl. That’s how we traveled on into the horizon singing impromptu.  We’d be bustling down a forgotten road and the songs would come out.

Then one day it evolved into adult parties we’d be rattled by hands from our sleep.  The Triplets and Tuchy (T&T later we called ourselves) were lined up to sing a little ditty for the party guests.  Sleepy and all we’d pour out a tune and be the spectacle for the evening.  Mostly “La Cucaracha we sang.  It cracked people up.  I hated it.  Vic and Syl loved it.  Tuchy could take it or leave it.  She was always looking off in another direction.  I was trying to hide behind whomever.

Soon thereafter we were always recruited for school holiday events, Christmas programs, and local charity fund raisers my mom was involved in.  One Christmas program we were in 1st grade, Vic and Syl were chosen with one of the Eldred local classmate to sing: I saw Mommy kissing Santa Clause.  I will never forget, they brought down the house standing there on stage as a trio by a Christmas tree, a blonde boy flanked by my dark haired soprano sisters, each clutching teddy bear in their Doctor Denton’s Pajama’s. I remember the look on my parents face of pride.  I was proud too. I do believe it was the only time our parents ever attended a school function and possibly the last.

When we finally settled into living in San Miguel Allende, Mexico.  Pedro enrolled us in Bellas Artes an art institute and was famous for painting, and classical guitar department.  It seemed all the local musicians would show up at our door and just hang out for hours on our living room couch. San Miguel back then was a small town and word was out that we had guitars, and electric keyboards in our house and it was cool to just hang out with the Villegas’. There was always music pouring out the windows.

Our first professional gig was instigated by my cousin Federico.  He was a professional musician.   I think we were fourteen at the time. He had been approached by the Hotel Sta. Cecila to put a show together.  Our parents gave us their blessing.  We practiced for weeks preparing a repertoire, and mom was in heaven planning our stage debut costumes.  The fact that we were being paid to do it really put a strain on the event.  Practice, practice, practice!  Now it was work. Not just the songs, but choreography!  Where to stand, move your hand, what to say.  The day came, we did two sets and it was a packed house.  When midnight struck I knew we would ever be the same, music, lights, applause was exhilarating.  I don’t think we ever saw any money from that gig. Our cousin never paid us and he wouldn’t be the first to take off with the pay.  He had an excuse for everything.  But that’s how music is, you’re not in it for the money;-)

View all posts by The Triplets →